The Prime Minister, Shri Narendra Modi briefing the media ahead of the Budget Session of the Parliament, in New Delhi (Courtesy: (PIB website)

The key highlights of the Interim Budget 2019-20 presented by the Union Minister for Finance, Corporate Affairs, Railways & Coal, Shri Piyush Goyal in Parliament today are as follows:

o TDS threshold for deduction of tax on rent to be increased from Rs. 1,80,000 to Rs.2,40,000
o Benefit of rollover of capital gains increased from investment in one residential house to two residential houses for capital gains up to Rs. 2 crore.
o Tax benefits for affordable housing extended till 31st March, 2020 under Section 80- IBA of Income Tax Act
o Tax exemption period on notional rent, on unsold inventories, extended from one year to two years

State of the Economy

o Exemptions from GST for small businesses doubled from Rs. 20 lakh to Rs. 40 lakh
o Small businesses having turnover up to Rs. 1.5 crore pay only 1% flat rate and file one annual return only
o Small service providers with turnover upto Rs.50 lakhs can opt for composition scheme and pay GST at 6% instead of 18%
o Soon, businesses comprising over 90% of GST payers to be allowed to file quarterly return

Customs and trading across borders

o Clean and healthy India with universal access to toilets, water and electricity to all
o An India where Farmers’ income would have doubled
o Ample opportunities to youth and women to fulfil their dreams
o An India free from terrorism, communalism, casteism, corruption and nepotism

Vision for the next Decade

Ten dimensions of Vision for India of 2030

India would be a modern, technology driven, high growth, equitable and transparent society 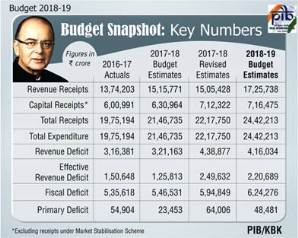 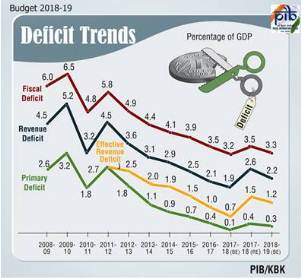 Times of India
Feb 1, 2017
Highlights
Finance minister Arun Jaitley presented the Union Budget 2017-18 in the Lok Sabha today. Here are the highlights of the Union Budget:

Note:- The above information is subject to the Disclaimer of Dtf.in. 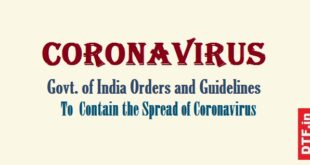