RTI: The Latest Supreme Court Order Damages Power of the RTI Act. Here Is How …

The Latest Supreme Court Order Damages Power of the RTI Act. Here Is How

Moneylife.in
17 March 2020
Earlier this month, the three-judge bench led by Justice R Bhanumathi upheld that the Right to Information (RTI) Act cannot override relevant rules under the Gujarat High Court Rules. Information or certified copies of orders held by a high court (HC) can be given to a third party only as per rules framed by the HC and not under RTI, the Supreme Court (SC) says.
This, in other words, means that a citizen cannot file RTI seeking to obtain pleadings in the HCs that have own rules. Read more …

Livelaw.in
Dec 17, 2019
The Delhi High Court on Tuesday quashed the order of the Central Information Commission which had held that Electronic Voting Machines are within the definition of ‘information’ under section 2(f) of the RTI Act. …

HC directs RTO to give information under RTI Act

Activist had sought details of the inquiry initiated against an employee for illegally registering Hyundai cars
Tribuneindia.com
Jammu, October 26, 2019
As the Regional Transport Office (RTO), Jammu, has denied the information sought under the RTI Act allegedly to protect the corrupt employee of the office, the appellant has knocked the doors of the High Court to get the same information. The High Court has directed the department to respond to the RTI within a month’s time. …

Giving judgement on policy of organisations not envisaged under RTI: Delhi HC

Asianage.com
Oct 21, 2019
The order came on the ministry’s appeal, filed through advocates Rahul Sharma and C K Bhatt.
New Delhi: The Delhi High Court has said that giving judgment on the policy framework of an organisation and directing change of policies are not envisaged under the Right to Information (RTI) Act.
The observation by the high court came while setting aside a Central Information Commission (CIC) direction to the Centre to revise the present policy for selection of meritorious students under the ‘Bal Shree scheme’. …

Answer scripts can be obtained by students under RTI, says Madras HC

The Hindu.com
OCTOBER 17, 2019
Observing that evaluated answer scripts would fall squarely under the definition of the term “information” under the Right to Information (RTI) Act of 2005, the Madras High Court held that universities were bound to provide copies of such answer scripts to the examinees concerned. …

The agency claimed exemption from disclosure under Section 24(1) to deny the request after the matter reached the Commission, the highest adjudicating body to decide RTI matters.
Ndtv.com
October 08, 2019
NEW DELHI: The names of alleged tax evaders appearing in the Panama Papers leak can be withheld by the Enforcement Directorate from disclosure, the Central Information Commission has held.
The Commission made these observations while deciding the plea of Durga Prasad Choudhary who did not get a satisfactory response from the agency on his RTI application. …

Times of India
Sep 25, 2019
CHENNAI: The Tamil Nadu State Information Commission has directed the Madras high court to provide a chief judicial magistrate documents and information he had sought under RTI on his compulsory retirement from service. …

The CIC had in a number of orders made it clear that allegations of corruption do not enjoy exemption but there is no change in the position of the officers handling the RTI requests in the CBI.
Moneycontrol.com
Sep 24, 2019
It is imperative for the CBI to apply “judicious rationale” before applying exemption from the RTI Act in responding to petitions seeking records of graft cases probed by its anti-corruption units, the CIC has held. …

Information appellate bodies may be penalised for lapses

It is the responsibility of the head of the institution to appoint people those who are effective public information officers and first appellate authority. The FAA orders are often not transparent, says Bhaskar Prabhu
Dnaindia.com
Sep 2, 2019
While the RTI Act allows for penal provision and disciplinary action only against the Public Information Officers (PIO), the State Information Commission (SIC) is looking to tighten the noose around First Appellate Authorities (FAA) as well. …

Newindianexpress.com
03rd August 2019
THIRUVANANTHAPURAM: Keeping up with the times, the State Information Commission has allowed Right to Information (RTI) applicants to take mobile phone photograph of public documents required.
Information seekers can request in their application that they would opt for taking a photograph rather than waiting for the office concerned take a photocopy and send it by post. …

Explained: What has changed in RTI Act? Why are Opposition parties protesting?

Indianexpress.com
July 22, 2019
On Friday, the government introduced in Lok Sabha the Right to Information (Amendment) Bill, 2019, which proposes to give the Centre the powers to set the salaries and service conditions of Information Commissioners at central as well as state levels. The government’s move triggered protests from the Opposition. …

Newindianexpress.com
25th June 2019
BHOPAL: In a significant development, the Madhya Pradesh State Information Commission has decided to provide a rape accused cop information about the rape survivor under the Right to Information Act (RTI) – after the information was denied to him twice in the past under the 2005 law.
The matter pertains to Mandla district, where a police officer was accused in 2017 of allegedly raping a woman. A case of rape was lodged at the Kotwali police station against the concerned cop on the complaint of the woman. …

The information commission during the second appeal hearing said that it is not correct for the PIO to state that no FAA was appointed at the public authority.
Dnaindia.com
June 04, 2019
The state information commission (SIC) in an order has showcaused a first appellate authority (FAA) on why no disciplinary action should be recommended for not conducting a first appeal hearing and passing an order on the same.
The order was passed by Sunil Porwal, state information commissioner on May 9 based on an application filed by Pravin Gosavi, an employee of Maharashtra Medical Development, who had sought details about his provident fund, salary increment and confidential report among others. …

Thehindubusinessline.com
May 27, 2019
The Central Information Commission (CIC) has directed the Reserve Bank of India to disclose the list of big loan defaulters it had sent to banks for resolution.
The CIC’s directive came while deciding on a plea by Lucknow-based activist Nutan Thakur, who had based her RTI application on some media reports that RBI Deputy Governor Viral Acharya in a lecture in 2017 had said accounts of some loan defaulters have been sent to banks for resolution. …

Thehansindia.com
27 April, 2019
Ongole: In order to prove that the Andhra Pradesh Information Commission (APIC) is working in a too transparent manner, the website of the commission revealed all registration IDs of the officials and their password to the public. The Central Information Commission is running a website www.cic.gov.in and allows the people to submit an appeal or file a complaint through it. …

Moneylife.in
26 April 2019
While giving ‘one last opportunity’, the Supreme Court on Friday asked Reserve Bank of India (RBI) to reconsider its position on disclosure of annual inspection reports of banks, list of wilful defaulters and other details sought by activists under Right to Information (RTI) Act. The apex court just stopped short of issuing a contempt notice against RBI Governor Shaktikanta Das in this matter. …

Timesofindia.indiatimes.com
Mar 27, 2019
HIGHLIGHTS
Thakur in May 2017, where she sought copies of department of personnel and training’s files and letters and notes exchanged …

Moneylife.in
26 March 2019
The Supreme Court on Tuesday threatened the Reserve Bank of India (RBI) with contempt proceeding for not disclosing banks’ annual inspection reports under the Right to Information (RTI) Act. In January this year, the apex court had issued notice to the central bank on a contempt petition. …

Dnaindia.com
Mar 18, 2019
The state information commission (SIC), in two separate orders, has fined a Brihanmumbai Municipal Corporation (BMC) deputy law officer of Rs 10,000.
Besides this, the commission has also sought disciplinary action against the officer and another public information officer (PIO), who failed to provide information even after an order from the SIC. …

Dnaindia.com
Feb 6, 2019
In an important decision that is a statement on the Rajasthan Public Service Commission’s (RPSC) approach towards transparency in its examination system; the Rajasthan Information Commission has ordered RPSC to provide the video recording of the RAS 2016 mains exams of a particular centre. The appellant had claimed that he wanted to bring forth cheating done during the exam. …

Central Information Commissioner to Have Same Status as CEC, Babus Not Only Ones Fit For Post: SC

A two-judge bench of Justices AK Sikri and Abdul Nazeer said that the selection for Information Commissioners, appointed under RTI act, should not be limited to bureaucrats and candidates from a range of professions and experience should be considered.
News18.com
February 15, 2019
New Delhi: The Supreme Court on Friday in a landmark verdict ruled that Central Information Commissioner should have the same status as that of Chief Election Commissioner, thwarting the Centre’s bid to bring it under its ambit. …

Can get information under RTI despite other laws: High Court

Differently-Abled Not To Be Deprived Of Benefits Of RTI Act: SC Directs Authorities To Explore Advanced Technology To Make Information Accessible To Them

“… …. we are disposed to think that no further direction needs to be issued except granting liberty to the petitioner to submit a representation to the competent authority pointing out any other mode(s) available for getting information under the Act. If such a representation is submitted, the same shall be dealt not only with sympathy but also with concern and empathy. We say so as differently abled persons, which include visually impaired persons, should have the functional facility to receive such information as permissible under the Act. They should not be deprived of the benefit of such a utility. As indicated in the beginning, the information makes one empowered. Additionally, we think it appropriate to ask the authorities to explore any kind of advanced technology that has developed in the meantime so that other methods can be introduced. We are absolutely sure that if the petitioner would point out, the cognizance of the same shall be taken. We are also certain that the authority shall, with all sincerity and concern, explore further possibilities with the available on-line application/mechanism.” 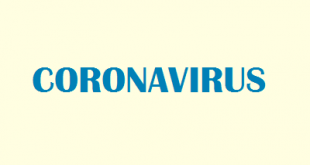 Banking: Bank branches could be shut for 4 days next week due to strike, holidays …

WOMEN: ‘Women photographers’ pictures are changing a deeply male view of the world’ …

‘Women photographers’ pictures are changing a deeply male view of the world’More …Go to NEWS.‘Women …