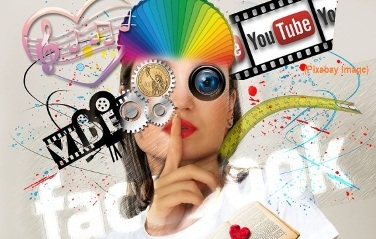 SOCIAL MEDIA: Google to pay $170 million fine for sharing YouTube kids data; You can land in jail by sharing or forwarding another person’s message on social media, here’s what legal experts say …

Google to pay $170 million fine for sharing YouTube kids data
You can land in jail by sharing or forwarding another person’s message on social media, here’s what legal experts say
This new upcoming feature will ‘change’ WhatsApp Groups forever
Re-tweets can be defamatory, SC says in AAP neta’s case
More …

———————————————————————-
RECENT COURT JUDGEMENTS
* Mere expression of any words without any intention to cause alarm would not be sufficient to bring in the application of section 503 of IPC. But material has to be placed on record to show that the intention is to cause alarm to the complainant. “…in exercise of its jurisdiction under Section 482 Cr.P.C., the court should be extremely cautious to interfere with the investigation or trial of a criminal case and should not stall the investigation, save except when it is convinced beyond any manner of doubt that the FIR does not disclose commission of offence and that continuance of the criminal prosecution would amount to abuse of process of the court.” –  SC Judgment dated 20.01.2015 – Manik Taneja & Anr. Vs. State of Karnataka & Anr. >>> Court Judgments
———————————————————————-

Timesofindia.indiatimes.com
Sep 4, 2019
WASHINGTON: Google agreed to pay a $170 million fine to settle charges that it illegally collected and shared data from children on its YouTube video service without consent of parents, US officials announced on Wednesday. …

You can land in jail by sharing or forwarding another person’s message on social media, here’s what legal experts say

Financialexpress.com
May 22, 2018
Recently, the Madras High Court rejected the anticipatory bail of a journalist-turned-party leader for his allegedly derogatory Facebook post on women journalists. Today, a Supreme Court Bench has granted protection to the petitioner mentioned above till the next hearing on June 1. No coercive action will be taken against the petitioner till then. Among some key observations made by the Madras High Court, the most notable one reads as follows: “Forwarding a message is equal to accepting the message and endorsing the message.” …

You may like to click on any of the following links:-
* Latest DOPT/CVC/RTI/MOF/CGHS/DPE Orders/Circulars
* Vigilance Clearance
* Right to Information (RTI) – Rules/Circulars
* Decisions of Central Information Commission – Section-Wise
* CGHS Circulars/Empanelled Hospitals/Package Rates

Gadgetsnow.com
May 11, 2018
WhatsApp group tend to be quite irritating sometimes with all participants responding at the same time. Also, WhatsApp groups are proven to be a potential tool to spread rumours and fake news among a large number of users. In order to tackle this, WhatsApp is reportedly rolling out a “Restrict Group” feature for its iOS, Android and Windows Phone apps. This feature will only allow WhatsApp group admins to send messages in the group. While all group members will be able to see these messages, only admins will be allowed to respond to these texts. Other group members can only read them. …

Re-tweets can be defamatory, SC says in AAP neta’s case

Timesofindia.indiatimes.com
Dec 16, 2017
NEW DELHI: The Supreme Court rejected on Friday AAP functionary Raghav Chadha’s plea to wriggle out of trial in a Rs 10-crore defamation case filed by finance minister Arun Jaitley against him and five others, including Delhi CM Arvind Kejriwal, on the contention that there was no law making a re-tweet defamatory. …

Soon, you may not need your phone to use WhatsApp

Timesofindia.indiatimes.com
May 7, 2016
NEW DELHI: Boasting over one billion users, the Facebook owned WhatsApp is arguably the most popular chat application out there. Although WhatsApp can be accessed on PC through a web client running in the browser, it’s largely used on smartphones only. …

How to protect yourself from social media frauds

Telecom.economictimes.indiatimes.com
Keep in mind that it is not just friends or followers who are interested in what you post, but also fraudsters and hackers on the prowl.
07 March 2016
Do you flaunt restaurant visits and vacations on Facebook? …

Dnaindia.com
19 December 2015
Facebook has said it had signed up 350 global media partners, including from India, for its “Instant Articles” service as it expanded the programme to Android devices. …

Businesstoday.in
Dec 11, 2015
Facebook at Work, Facebook Inc’s professional version of its social network, is expected to launch in the coming months after spending a year in tests, a company executive said. …

Now, anyone can search for your public Facebook posts

Timesofindia.indiatimes.com
Oct 23, 2015
Facebook has fed everyone’s public posts into its search engine, meaning that most updates will now be readily available for everyone — no matter how old they are.. …

Timesofindia.indiatimes.com
Oct 22, 2015
After months of speculation, Google has announced YouTube Red, a paid service based on the company’s free video-sharing platform, and music streaming app YouTube Music. Here are 6 things you should know about the two new versions of YouTube. …

Skype Translator is now available for everyone

Timesofindia.indiatimes.com
13 May, 2015
SAN FRANCISCO: Microsoft-owned Skype has cleared the way for anyone to use a new feature that translates video chats or instant messages in real time. …

Facebook is ruining marriages, says study   Timesofindia.indiatimes.com
May 6, 2015
One in seven Britons have contemplated divorce because their partners spend too much time on various social media platforms, a top British legal firm has revealed. …

Supreme Court of India quashes FIR filed against couple for Facebook comment    Medianama.com
January 22, 2015
The Supreme Court of India upheld a Bangalore-based couple’s right to vent their frustrations on the Bangalore Police Facebook page, reports The Times of India. The court ruled that it was a public forum and the commoner had every right to complain against the authorities. …

Note:- The above information is subject to the Disclaimer of Dtf.in. If you have a complaint with respect to any content in this website, it may please be brought to our notice for an appropriate decision to remove the existing news item/s or to publish the latest event, at info[at]dtf.in. 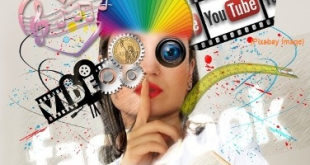 SOCIAL MEDIA: Soon, you may not need your phone to use WhatsApp … 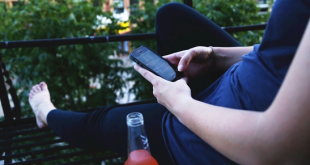 SOCIAL MEDIA: How to protect yourself from social media frauds …

SOCIAL MEDIA: 33 Facebook tips and tricks everyone should knows …