Timesofindia.indiatimes.com
Sep 3, 2016
MADURAI: The Madurai bench of the Madras high court has directed the Tamil Nadu government to pay Rs 28.37 lakh as compensation to the family of a woman who died in 2012 due to medical negligence at a hospital in Kanyakumari district. Rukmani, 34, was administered nitrous oxide, better known as laughing gas, instead of oxygen while admitted at Government Nagercoil Medical College and Hospital at Asaripallam. …

Hindustasntimes.com
Jun 21, 2016
NEW DELHI: Delhi Development Authority (DDA) has been directed by a court here to allot an alternative plot and pay compensation to a builder for illegally ousting him from his building which was demolished to construct a public road. …

Timesofindia.indiatimes.com
Jun 21, 2016
Bengaluru : The high court on Monday said Lokayukta police can file chargesheets or final reports before the jurisdictional courts on corruption cases of which they have completed investigation. …

Timesofindia.indiatimes.com
May 13, 2016
NEW DELHI: In what could be a first, the Supreme Court on Thursday ordered the Kerala government to set up a special investigation team (SIT) to probe the sensational allegations of a Navy officer’s estranged wife that her husband and his colleagues on INS Kochi indulged in wife-swapping and tortured her because of her refusal to join them. The SIT has been asked to complete the investigation within three months. …

Hindustantimes.com
New Delhi |  Mar 16, 2016
The Supreme Court of India has ordered the government to draw up strong guidelines for screening and tracking adoptions after a charity appealed for a Central Bureau of Investigation (CBI) probe into allegations that adopted children were being abused. …

Timesofindia.indiatimes.com
Mar 10, 2016
CHENNAI: They had knocked on the Madras High Court seeking a relief from paying Rs 400 to their father as monthly allowance. After the court’s order and earning rebuke from the judge, they will now have to pay the sum along with pending arrears. …

Zeenews.india.com
March 10, 2016
New Delhi: The Supreme Court on Wednesday asked the states and the civic bodies to take steps to sterilise and vaccinate nuisance-causing stray dogs under the provisions of the Prevention of Cruelty to Animals Act. …

India.com
Jan 02, 2016
The Himachal Pradesh High Court today directed payment of compensation of Rs 20 lakh to the parents of each of the 24 engineering students of a Hyderabad college who were washed away in river Beas in near Thalot in Kullu district of the state on June 8,2014. …

CDs are documents, can be considered as evidence under law, says Supreme Court

Indianexpress.com
The apex court permitted accused Shamsher Singh Verma to bring on record the taped telephonic conversations to prove his innocence in a child sexual abuse case.
Nov 25, 2015
In a significant ruling, the Supreme Court has allowed compact discs (CDs) to be treated as a document under the law and said that litigants should be allowed to prove or disprove such electronic proof in judicial proceedings. …

Court orders trial of man for false complaint   News.webindia123.com
Feb 14, 2015
A court here has ordered to initiate proceedings against a man for lodging a false complaint against a Delhi Jal Board (DJB) official alleging he demanded a bribe of Rs.600 for allotting him water connection. …

Note:- It may be noted that the information in this website is subject to the Disclaimer of Dtf.in. However, in case you have a complaint with respect to any content published in this website, it may kindly be brought to our notice for appropriate action to remove such content as early as possible or publish the latest/updated content/event, if any, at info[at]dtf.in. 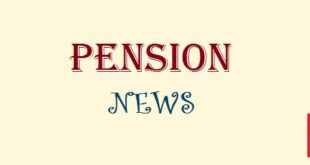 PENSION NEWSFor recovery of excess/wrong pension disbursed to pensioners, banks to seek guidance from the …