Timesofindia.indiatimes.com
Nov 23, 2016
NEW DELHI: A man was acquitted of rape charges after the court found that the woman complainant hid her marital status from her parents because the groom belonged to a lower caste.
Additional Sessions Judge Sanjiv Jain also noted several inconsistencies in the testimony of the woman who married the accused in a temple as per “Gandharva vivah” rituals, but later claimed she was forced into a physical relationship and the man’s parents had demanded money. ..

Why isn’t marital rape a criminal offence in India?

Timesofindia.indiatimes.com
Sep 9, 2016
Jaanki is physically and psychologically distraught. She was raped by her husband, not once but several times. She confides in her mother. To her utter shock, her mother confesses that she has been subjected to a similar fate in her married life. In disbelief, Jaanki snaps, …

Marital rape may soon be a crime in India

Timesofindia.indiatimes.com
Apr 20, 2016
NEW DELHI: Women and child development minister Maneka Gandhi said on Tuesday the Centre was considering criminalizing marital rape. When asked if there was an attempt to push for criminalization of marital rape, Maneka replied, “Now there is.” …

Hindustantimes.com
Mar 06, 2016
In the absence of evidence like wedding invitation and photographs, the cohabitation of a man and woman for a long time could be taken as a valid proof of marriage, the Madras high court ruled. …

Timesofindia.indiatimes.com
Feb 22, 2016
NEW DELHI: A single letter can constitute an act of cruelty, the Delhi high court has said, granting divorce to a man living separately from his estranged wife for the past 28 years. …

Timesofindia.indiatimes.com
Dec 19, 2015
NEW DELHI: A Lucknow-based couple went to Goa on honeymoon but on the flight back home, they had such a fight that the husband simply walked off the flight at a stopover. Unbelievable as it may sound, this is what was witnessed on IndiGo’s Goa-Kolkata-Patna-Lucknow-Delhi flight (6E 633) on Thursday. …

Unwed mother can be child’s guardian without dad’s consent: SC

Timesofindia.indiatimes.com
Jul 7, 2015
NEW DELHI: An unwed mother must be recognized as the legal guardian of her child and she cannot be forced to name the father, nor does she need his consent, while deciding guardianship rights, the Supreme Court ruled on Monday in a path breaking verdict on gender equality. …

HC directs police to register FIR against husband   Business-standard.com
May 8, 2015
The Madurai bench of the Madras High Court here today directed police to register a case against a man who was charged with not consummating the marriage after the wedding in 2011, on the basis of the complaint from his wife. …

Man, LLB, turns tables on wife’s rape charge  Timesofindia.indiatimes.com
Apr 29, 2015
AHMEDABAD: An insurance agent studied law to fight rape charges levelled by his wife. Acquitted by courts, practising advocate Pankaj Chavda, 37, has now slapped a Rs 50 lakh defamation suit against his wife for implicating him and a friend in a false rape case. …

Matrimonial website not liable for online fraud: HC   Timesofindia.indiatimes.com
Apr 11, 2015
MUMBAI: A matrimonial website cannot be held responsible if a user is “careless and negligent” and falls for one of the common “internet scams”, Bombay high court has ruled. … 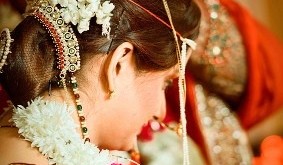