CIC directs Health Department not to comment on conduct of rape victims   Economictimes.indiatimes.com
12 Apr, 2015
NEW DELHI: The Central Information Commission has directed the Delhi government to ensure that doctors carrying out two-finger test on rape victims should not comment on their conduct after the government justified the test for treatment of survivors and conviction of accused. …

Do you know how to use RTI?   Dailykashmirimages.com
25 03 2015
Right to Information (RTI) completed 6 years of its enforcement in Jammu & Kashmir. …

Sacked gardener reinstated after 25 years   Timesofindia.indiatimes.com
Mar 11, 2015
AHMEDABAD: Twenty-five years ago a forest gardener Ashok Rathod was dismissed from service just because he remained absent for four hours from duty! On Tuesday Rathod, a resident of Bapunagar reported back to duty at Antharsubha range office in Kheda, after fighting a protracted battle for justice in the high court and getting his job back. Rathod had used RTI to prove the alleged mischief of his seniors almost 25 years ago. …

No access to Internet, prisoner demands PIN codes through RTI  Business-standard.com
March 11, 2015
A poor prisoner in Kolhapur in Maharashtra had to approach the CIC for a simple piece of information – the PIN code directory of postal department – as he did not have access to Internet to know the correct code for sending letters to his family. …
More: CIC Decision dated 04.03.2015 on Appeal from Mr. Jitendra Anandrao Chauhan, Kolhapur Central Prison Vs. Department of Posts, New Delhi –  The Department of Posts has been requested to look into the issue and take appropriate steps to provide access to PIN code to prisoners lodged in various jails. (Larger Public Interest)

Note:- It may be noted that the information in this website is subject to the Disclaimer of Dtf.in. If you have a complaint with respect to any content published in this website, it may kindly be brought to our notice for appropriate action to remove such content as early as possible or publish the latest/updated content/event, if any, at info@dtf.in. 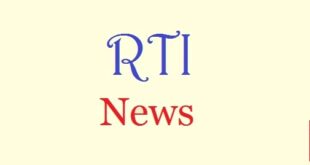 RTI: HC: every page of RTI replies should be attested, signed; RTI applicant must disclose interest in seeking information …