——————————————————————————————–
Recent Court Judgements
■ SC: “… … the prosecution, in the instant case, has failed to prove unequivocally, the demand of illegal gratification and, thus, we are constrained to hold that it would be wholly un-safe to sustain the conviction of the appellant under Section 13(1) (d)(i)&(ii) read with Section 13(2) of the Act as well. In the result, the appeal succeeds.” – SC Judgment dated 14.09.2015 – P. Satyanarayan Murthy Vs. The Distt. Inspector of Police and Anr. (Non-Reportable)
■ Pension relief for all the other employees who have availed SBI-VRS 2000 after having completed 15 years of pensionable service – SC Judgment dated 26.02.2015 – Asstt. General Manager, State Bank of India & Others Vs. Radhey Shyam Pandey
■ Suspension Order should not extend beyond three months –  SC Judgment dated 16.02.2015 – Ajay Kumar Choudhary Vs. Union of India & Anr.
■ Benefits of Reservation on Reconversion  – SC: “… we are inclined to hold that the appellant after reconversion had come within the fold of the community and thereby became a member of the scheduled caste.” – SC Judgment dated 26.02.2015 – K.P. Manu Vs. Chairman, Scrutiny Committee for Verification of Community Certificate
■ Disability Pension – “A soldier cannot be asked to prove that the disease was contracted by him on account of military service or was aggravated by the same.” … “Since the disability has in each case been assessed at more than 20%, their claim to disability pension could not have been repudiated by the appellants.” –   SC Judgment dated 13.02.2015 – Union of India & Anr. Vs. Rajbir Singh
■ Second marriage during the currency of first marriage – A practice did not acquire sanction of religion simply because it was permitted. Such a practice could be regulated by law without violating Article 25. – SC Judgment dated 09.02.2015 – Khursheed Ahmad Khan Vs. State of U.P. & Ors.
■ Once the Labour Court has exercised the discretion judicially, the High Court can interfere with the award, only if it is satisfied that the award of the Labour Court is vitiated by any fundamental flaws. – SC Judgment dated 14.01.2015 – K.V.S. Ram Vs. Bangalore Metropolitan Transport Corp.
■ If the order of termination is void ab initio, the workman is entitled to full back wages. – SC Judgment dated 13.01.2015 – Jasmer Singh Vs. State of Haryana & Anr. ■ Reservation in Promotion from Scale-I to Scale-II and upward up to Scale-VI in Public Sector Banks – SC Judgement dated 09.01.2015 – Chairman & Managing Director, Central Bank of India & Ors. Vs. Central Bank of India SC/ST Employees Welfare Association & Ors.
More:  Court Judgments on Service Matters
——————————————————————————————–

Hindustantimes.com
Nov 18, 2015
The Supreme Court has ordered the Uttar Pradesh government to pay Rs 10 lakh to a retired Indian Forest Service officer after being falsely implicated in a corruption case. The officer fought a legal battle for 10 years after a case was allegedly registered because he refused to comply with the instructions of the then chief minister in 2003. …

Recovery of bribe money not enough to convict a babu: SC

Timesofindia.indiatimes.com
Sep 17, 2015
NEW DELHI: A government official cannot be convicted under corruption charges merely on the basis of recovery of bribe money and it is essential to prove that he had demanded money, the Supreme Court has ruled.
More: SC: “… … the prosecution, in the instant case, has failed to prove unequivocally, the demand of illegal gratification and, thus, we are constrained to hold that it would be wholly un-safe to sustain the conviction of the appellant under Section 13(1) (d)(i)&(ii) read with Section 13(2) of the Act as well. In the result, the appeal succeeds.” – SC Judgment dated 14.09.2015 – P. Satyanarayan Murthy Vs. The Distt. Inspector of Police and Anr. (Non-Reportable) 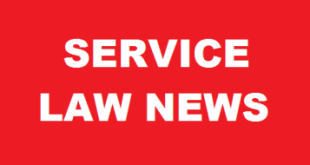 SERVICE LAW: Govt servants may get ‘shield’ from prosecution, agencies will need approval to probe ..